The Accelerated Program for the Development of Middle Income Housing & Infrastructure, as it is presently known, was a commitment made by the Hon. Prime Minister in his manifesto introduced in the runup to the General Election 2015. It was a commitment to launch an extensive program to construct 500,000 housing apartment at a reasonable price for the middle class and the working class in the urban and suburban areas. “Today, this commitment has been fashioned and developed in to a reality in the form of a vibrant Public – Private partnership effort implemented under Ministry of Housing & Construction.

The middle Income Housing Development Program, as it is planned and implemented today, concentrates on the provision of housing, mainly in the form of apartments, in and around nodal points close to express way exits and railway stations, facilitating speedy and easy access to urban work places. Further, they are to be made available at prices affordable to the vast numbers of middle- income wage earners, who can ill afford to procure high priced urban land or invest in the luxury apartments sprouting in the cities. The new program is also in the process of facilitating mortgage financing through Banks, for the prospective purchasers of these housing units. However, the most significant factor in this program is that it is totally private – sector driven. The investment, design, construction, marketing and sale of the houses is undertaken by the private – sector, with the Government playing an enabling role by providing or facilitating access to suitable land and by bringing the infrastructure facilities up to the selected housing sites. The Government, in addition, facilitates the process by advising on designs, checking on structural requirements, ensuring the quality of construction and expediting the approval processes. A Project Facilitation Office, which will function as a one facility for the Developers has already been established.

Six Projects under this Program, in Homagama (2). Wadduwa, Ragama, Yakkala and Kundasale have already been assigned to private sector developer through a transparent bidding process and launched, while further projects are to be launched as and when land, especially state owned land get released. The new urban agenda of the Government has recognized that housing is both inseparable from new process of urbanization and is a socio- economic development imperative. The Government therefore, is committed to the expansion of adequate and affordable housing as central to achieving inclusive, safe, resilient and sustainable urbanization. Housing, accordingly,has been elevated as one of highest priorities of the Government’s development effort and Accelerated Program for the Development of Middle Income Housing and Infrastructure, is undoubtedly one of the most important and
integral components of this effort. 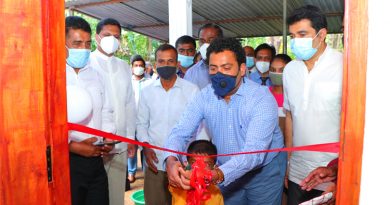 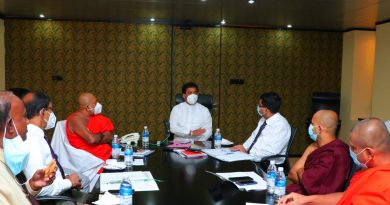